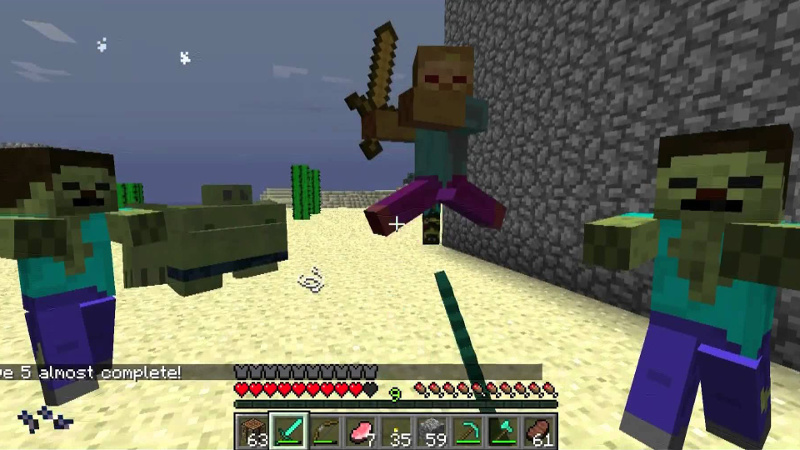 - the ability to initiate an attack on the location of your choosing
- difficulty steadily ramps up and the mobs are engineered to deal with base defences
- Normal random mobs are unchanged, but the behaviour of all invading mobs has been extensively revamped.
- new abilities of mobs
- in this relatively early stage there are two new mobs with substantially
- more powerful mobs on the way, geared towards new roles

All mods in the list blow are available in the Minecraft Modinstaller (click here)...
Alternatively we offer you mods here as a ZIP File you can install manually:
2